In this Think and Grow Rich summary, you will see that even though first published in 1937 before the Second World War took place, this book still applies to our lives 80 years onwards.

This Book Isn’t Just About Being Rich

Perhaps this was the first-ever clickbait title, but this book, in reality, isn’t about money. It’s about getting what you want in your life.

Fundamentally, even though everything has changed in the past 80 years, we are still human with almost the same issues when it comes to reaching goals.

This applied 80 years ago, and it applies today. Just like many other aspects of this book.

Think and Grow Summary Formula for Getting What You Want:

2. Figure out what you are willing to give in exchange for what you desire.

3. Set a clear picture of when you intend to possess what you desire.

5. Also, write a statement regarding your goal and read it out every day, twice.

Napoleon Hill analyzed over 500 successful men over the years, and at the start of the chapter on Desire, he part gave an example of Edwin C Barnes.

A burning desire to be is the starting point from which a dreamer must take off.

Hill states that faith is the only antidote for failure.

Perhaps giving an example of Pilecki which was unknown to Hill at the time is worth doing. Pilecki was the only man that perhaps every voluntarily entered Auschwitz. Over 2 years there, he built a resistance unit in Auschwitz and eventually escaped. What he possed was faith. Sure, things didn’t go as planned for him as everyone believed that what was going on in Auschwitz was exaggerated, but his faith or phrased differently, hope, kept him alive.

Orders have to be presented over and over again, through repetition, before they are interpreted by the subconscious mind.

Hill mentions that if you choose to follow some of the instructions but neglect, or refuse to follow others, that you will fail.

An educated man is not, necessarily. One who has an abundance of general or specialized knowledge. An educated man is one who has so developed the faculties of his mind that he may acquire anything he wants, or its equivalent, without violating the rights of others.

Hill, in this section of the book, gives examples of Henry Ford or Thomas A. Edison, who had only 3 months of schooling. In the modern world, we could give an example of Steve Jobs or Mark Zuckerberg, which we posted some quotes of, recently.

To summarize this part of Think and Grow Rich:

Hill doesn’t mean that you won’t fail. He points out the likes of Henry Ford and that he succeeded because he met with temporary defeat, and created new plans when others didn’t work.

Since this book was released 80 years ago, this might be outdated now, but Hill mentions that out of 25,000 men and women who experienced failure, lack of making a decision was near the top causes.

That makes a lot of sense, even 80 years later. In fact, we could argue that people are even less decisive today with so many options.

In Think and Grow Rich, Hill addresses that there is no substitute for persistence. That regardless of how slowly you may have to move at first, you have to move.

9. Power of the Master Mind

In this section of the book, Hill talks about how hard it is to get a team to work together with spirit.

If your team doesn’t love their work and working for the company, they are never going to produce their best.

To Sum Up This Think and Grow Rich Summary and Quotes

After reading this Think and Grow Rich Summary, you realized that this book isn’t about making money, but more so about how to reach your goals.

And even though it’s clear that women weren’t considered equally back 80 years ago, the reason this book aged so well is because all the ideas in it still apply to today’s world.

…The way of doing things is for sure much different now since things like the internet and computers exist, but the overall formulas for how to get what you want still are as relevant today.

And it’s a lot easier to apply all of these things with the internet and computers being a thing. You can now reach someone with a simple email and can track when that email is opened in real-time with tools like MailTag. Napoleon Hill didn’t have these options when we wrote this book.

But a Think and Grow Rich summary is only a summary. The book has hundreds of incredible insights that we aren’t able to share in just one post.

Grant Cardone is a world-renowned sales expert, best selling author, and real estate equity fund manager with over $750MM under management. He also has said some incredible things in the past which is why we’ve Read more… 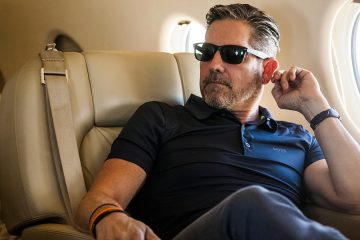 According to Grant Cardone and his 10x Rule book, you need to put in 10 times more effort than other people in order to get successful. But while that may sound like something random, these Read more… 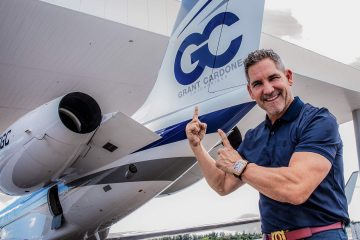 40 Grant Cardone Quotes That Will Change Your Approach in 2020

Grant Cardone, while not liked by many, has a portfolio that speaks for itself. Over a billion under real estate management, best-selling books such as The 10x Rule, and over 7 successful businesses, so whether Read more…