Writing effective emails is one of the fundamentals of life. Matter of fact, any form of effective communication, is a fundamental of life.

You might read this and be like “But…this is different”, or “I’m a nice person” and that’s fine, but if you truly want to write effective emails that get you what you want, you need to apply exactly what’s shared in this guide.

Otherwise, you will end up disappointed and perhaps will also have to deal with one of the 21 clients from hell experiences that we don’t want you to go through.

Spoiler: It’s not about what you offer. It’s about how you offer it.

Perhaps the biggest issue preventing people from writing effective emails that get them what they want is the fear factor.

This is super common when it comes to product review propositions.

Emailers often ask for cheaper products (which are often older) because they think that a company will be more likely to give them one then because it’s cheap.

The reality? With fear factor, those emailers killed the effectiveness of their email.

It makes no sense for a company to send someone an older product out for a review, because they are trying to sell their new products.

Which brings us to…

Think About Who You Are Emailing

The goal of the email? It’s to help you get what you want.

But to get what you want, you must give someone, something they also want.

So think about how you can help someone if they help you?

What can you offer them?

We bet either you’ve written or got an email, with plenty of justification.

It positions you as weak.

Why not just state: I charge x.

Would it be safe to agree that you probably were scared that a client or a recipient wouldn’t accept what you had to offer?

Most of the time, what you feared would happen, never happened, right?

Every time you justify something that doesn’t need justification, it makes the other person question.

Meanwhile, if you just stated something, and just left it like that, that would in most cases be effective, and if somebody wanted to know something, they can ask. And that then gives you an advantage.

There are so many tools out there that can help you write more effective emails out there, and you should be using them if you want to get the most out of your emailing.

MailTag – Know When and Where Your Emails Are Opened

What if you had data on which emails do great, and which don’t do so great?

Having insights about which links are clicked on, and seeing how often your emails are opened will give you data that allows you to see how different phrases impact the effectiveness of your emails, and based on that, you can make changes that make a difference.

→ Add MailTag from the Chrome Store

Grammarly is a tool that can be used for grammar and spelling correction, but an even more interesting feature they recently added is the ability for Grammarly to detect the tone you are using, allowing you to see if you are communicating your email, in a different way than you intended.

If you are looking for even more tools, make sure to check out our post on the most important extensions for emailing.

Most issues in life go down to communication issues.

If you want to get a raise from a client, communicate it while getting to the point.

Examples of Effective Emails That Get You What You Want

It gets to the point.

Hey [name], this is [your name] from [company], and I’m reaching out regarding [what you are reaching out about]

This type of intro? It gives the email recipient data. They know you took the effort to write the email since you mentioned their name (most people don’t), you provided your name so that they know who you are, and the company you are from. While at the same time mentioning what you are reaching out about.

And saving someone’s time is crucial.

Before you write an intro, you need a subject line though, and this? Also super simple. Just mention what you want. It’s as simple as that.

There’s a lot of content on the internet, on the subject of subject lines, but when it comes to sending emails, there’s only one that works.

Getting to the point.

That’s because if you are emailing someone that gets hundreds of emails every day in work, they are more likely to open the emails that right away state what the email is about.

Catchy subject lines are great, but they are great if you send newsletters, not when looking to write effective emails to people that don’t know you.

The intro is where you make people aware of who you are and what you want. The body is where you share the details of that.

This is particularly were you implement getting to the point, no fear, and no justification.

The Call to Action:

This is the last ingredient for writing effective emails that get you what you want.

Your emails need to have a call to action.

Offer to have a meeting next week, mention that if someone is interested, that you will send them a plan, say that you will give someone a shipping address.

That’s How to Write Effective Emails That Get You What You Want Every Time!

We could give you exact templates…

…But not only would everyone else use them, but also, there are so many different reasons to write emails, and as the saying says:

You learning what effective emails have is far more valuable than having a template.

…With that said, knowing what not to have in an email, we have a guide full of bad emails that show how not to write emails. 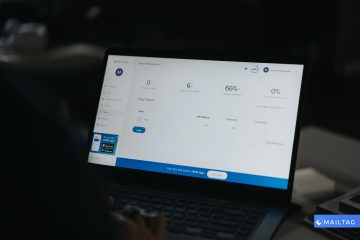 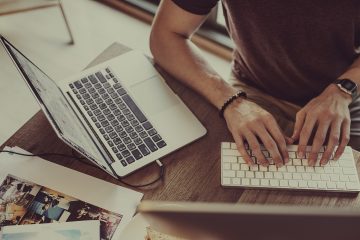 How to Write Better Emails at Work in 10 Ways

Want to write better emails at work? With “better” meaning: Emails that people open. ✅ That they reply to.✅ Most importantly, that they respond to in a way that you want.✅ Why not spend less Read more…