Scheduling emails in Gmail and overall can make a huge difference as far as replies go. That’s why in this guide, we’ll talk over how to schedule emails in Gmail, how to take them to the next level, and why email scheduling makes a lot of sense.

Most people you will be scheduling emails to after you read this article work a standard 9-5.

In a world where workers don’t receive many emails, that’s exactly how it would work. Except, because people receive around 126 emails on their work emails per day, that’s not how this works.

And considering this is only the average, the top companies that you might be reaching out to might be getting a lot more emails per day.

You could, in theory, just write emails at a specific time and then just send them all at once. Or you could pre-write your emails and just leave them in the inbox. But that’s not the most efficient thing to do. With a high probability that you will forget to send an email.

If you can schedule your emails with Gmail, so they are sent at the right time, you can instantly increase your email open rate because you are increasing the likelihood of someone seeing your email.

And a lot of the time, it’s not the best pitch or email that gets a successful reply. It’s the email that is sent at the right time.

1 hour before lunch, you start to think about food.

At times like that, we are less likely to make favorable decisions.

And that even applies when it comes to judges.

In our post about the best time to send an email for the best outcome, we divided into this in more depth.

…But overall, the best time to send an email is in the morning.

Now let’s get into how to schedule emails and how to take email scheduling with Gmail to the next level.

How to Schedule Emails With Gmail

See the Send button in your Gmail or G Suite? If you press on the small arrow pointing down at the edge of that button, you will see an option to schedule your email.

This ability to schedule emails with Gmail is hidden in plain sight, but it is there.

If you want to take your email scheduling with Gmail to the next level, Gmail’s scheduling is not enough.

That’s because Gmail doesn’t let you choose the timezone of your scheduled email. Meaning you have to do the maths yourself to figure out what timezone your email recipient is in.

Gmail also doesn’t let you automate follow-ups to the emails that don’t get replies even if you do send them at the best possible time. Nor does it let you track emails so that you can know whether your email was never opened, or whether it was opened but somebody simply never replied.

Without these features, you can’t take email scheduling with Gmail to the next level.

And that’s where the Google Chrome extension, MailTag, comes in as a tool that allows for email scheduling with the change of timezones. With an ability to track email opens, and then to automatically follow-up with emails if they are not opened.

With MailTag, the emails that aren’t seen by your recipents can be seen with MailTag sending an automatic follow-up if the email you sent is not open after a certain amount of days. And if your email still isn’t opened after one follow-up, MailTag can send another one and another one.

If your email is being opened, but you aren’t getting a reply, you can send a customized follow-up. And more importantly, you can learn from how people react to specific emails you send. Meaning that you learn about what works and what doesn’t.

By sending emails at the right time, you can take your emails to the next level.

And with MailTag, you can make sure those emails get automatic follow-ups. And then that you see what people do with your emails after you send them.

Try it out now by adding MailTag to your Google Chrome. 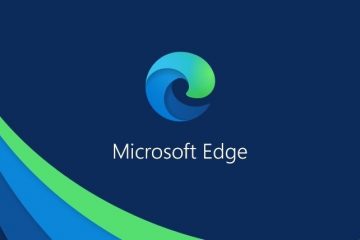 Thinking of switching to Edge and looking for Microsoft Edge best features to get convinced? There are a few significant ones that put it ahead of Google Chrome and of other browsers. And it starts Read more… 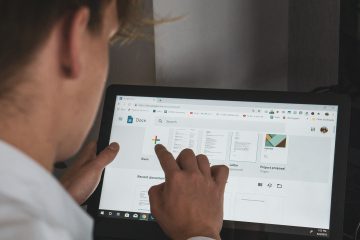 How to Make Chrome Faster in 4-Steps

Want to make Chrome faster? You aren’t the only one that will read this article today. Chrome is a great web browser with many features, but those features come at a price. The price of Read more…

How to Set a Signature in Gmail (And Track Them)

Want to know how to set a signature in Gmail? How about also tracking when that email is opened and what links are clicked on, in that signature? While also being able to switch which Read more…