How to Send Emails Later in Gmail (& Automatic Follow-Ups)

Want to send emails later in Gmail? Whether that’s to maximize their effectiveness by reaching people at the perfect time, or so that you don’t have to deal with forgetting to send an email, it’s super simple to do.

In this guide, we will also walk you through how you can track the emails you send later. So that you know when and where they are opened, and what links are clicked on. 🕵🕵

How to Send Emails Later in Gmail

Gmail has many great hidden features that allow you to take your email to the next level, and most of them are hidden in plain sight, or in settings that most of us never checked out.

The undo feature that allows you to undo emails up to 30 seconds instead of the standard 5, potentially saving you from screwing up.

As far as sending emails later in Gmail goes, though, firstly open up your email composer.

Once you have drafted your message, put in your recipient and all that good stuff that you generally do when you send an email. 👍

Then, beside the SEND button, you will a small arrow.

Click on it, and you will get an option to select both the time and day your email gets sent on.

Once you do that, that email is going to be put in the scheduled tab, and will remain there until the time is right to send your email.

Need to make a change to the email that is to be sent later?

Open the email up, and in the settings, cancel the sending, which will result in the email going back to your drafts.

That’s how easy it is to send emails later in Gmail, and this feature will also work in G Suite.

But how about we take it a step further with the ability to track your emails so you know when your emails are opened?

How about also being able to send automatic email reminders if your email doesn’t get opened?

How to Track When Your Emails Are Opened

…And it never will.

It would be too controversial for a huge company like Google to do it. Especially since big companies like Google are constantly accused of breaking privacy policies.

…But if you have a Google Chrome or Microsoft Edge browser, there is a way to do it.

With the MailTag extension.

The MailTag extension allows you to track when and where your emails are opened. And what links in your email are clicked on., Which then provides you with insights that allow you to make changes to your emails, to make them as effective as possible.

Just add it to Chrome, connect with your Gmail or G Suite, and start tracking.

→ Add MailTag from the Chrome Store

How to Send Automatic Email Reminders

Somebody doesn’t open your email? What if you could automatically send automatic reminders based on that?

That’s what MailTag allows for.

There you will be able to customize your automatic follow-up messages.

Once you have done that, when composing your email, to the right of the MailTag icon, you will see an icon that allows you to PING. And once you click on it, select which PING sequence you would like to send.

That’s How to Send Emails Later in Gmail

In this guide, you learned how to: 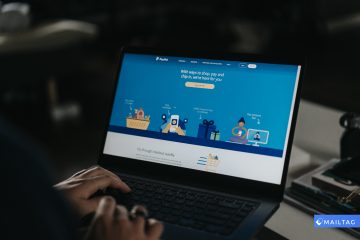 How To use a PayPal Invoice (And Alternatives)

Want to know how to use a PayPal invoice to charge clients? It’s quite simple, but there are a few things to know before you use PayPal invoices, such as the limitations, and the alternatives Read more… 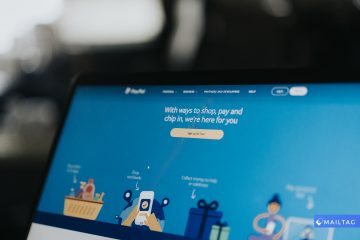 Curious about PayPal invoice fees? Want to know about how you can avoid them, and the alternatives to Paypal? PayPal, once upon a time was heaven to freelancers and businesses dealing with international orders and Read more…

How Do I Track Emails (Opens, Re-Opens, Links Clicked)

“How do I track emails” is one of the most asked questions when it comes to sending emails. Afterall, we all see when someone sees our message on Instagram or Whatsapp, with the only exception Read more…