How to Install Extensions in Microsoft Edge

What makes a great web browser? It’s not how nice a browser looks or how fast it is. It’s extensions. Without extensions, a browser just isn’t worth it. That’s why in this guide we are going over how to install extensions in Microsoft Edge because it is now possible.

How to Install Extensions in Microsoft Edge

Right now, on your Windows, you have the older version which is now being called the “legacy” version.

Microsoft hasn’t really announced this browser very well which is probably why you never knew that there was a new version.

If you want to install extensions in Microsft Edge, you need that new version.

That’s because it’s based on Chromium which is an engine that Google Chrome also operates.

Once you’ve installed it, you have two options.

1. You can go to the at the moment very limited Microsft Edge Store that currently packs less than 300 extensions…

2. You can go to the Google Chrome Store and install apps directly from there.

Since the new Microsoft Edge is built on the same engine as Google Chrome, you can install all the same extensions on it, directly from the Google store.

And yes, even the MailTag extension now works with Microsft Edge for the first time ever, meaning that you can now track when and where your emails get opened, without having to use Google Chrome. Just download it from the Google Chrome Store and track.

As you can see, it’s not just a tool for tracking, but also for automatic follow-ups.

Our Favorite Extensions for Microsft Edge

We’ve previously made a post on our favorite extensions for Microsft Edge, but since you are already here, here are some of our favorites:

Tired of constantly getting distracted and not getting the work you were supposed to get done, done?

Cold Turkey is the solution for that.

What does it do?

It blocks out apps and websites you find distracting.

Just set a schedule of when you want certain things to be booked, and just like that, be distraction-free.

Hunter is a clever extension that will allow you to find emails hidden within a domain so you can stop wasting time on finding the right email.

MailTag allows you to track when your emails are opened.

But what does that mean?

And who doesn’t like to know when an email is opened by someone, right?

Try it out now.

It’s an alternative to bookmarks.

That way you never have to feel guilty about closing your tabs.

Is Microsoft Edge better than Google Chrome? It has a lot of potential.

It’s everything we love about Google Chrome but made better.

But that potential would mean nothing if you weren’t able to install extensions in Microsoft Edge. 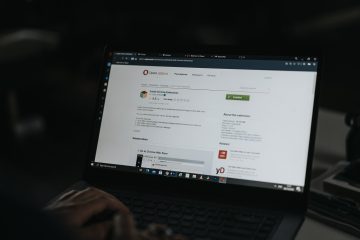 How to Get Chrome Extensions on Opera

Want to get Chrome extensions on Opera? Of course, you do because it doesn’t matter how great a web browser if it doesn’t have the right extensions. That’s why today we’ll show you how to Read more… 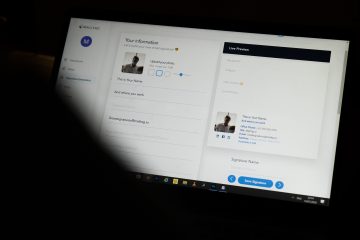 How to Create Professional Email Signatures in 60-Seconds

If there’s anything that we can guarantee you, it’s that you will deal with difficult clients, and most likely with at least one of the 21 clients from hell things that we mention in this Read more…